The mission of Precision Intelligence Consulting is to support and enhance the professional development of clients by providing innovative investigative techniques, cutting-edge research and world-class training.
Clients & Reviews

Stanley B. Burke
Stan Burke started his law enforcement career as a police officer and investigator with the Maryland-National Capital Park Police. He joined the FBI as a special agent and for the next 23 years served as a field agent in the FBI’s Phoenix Division, Dallas Division, and Albuquerque Division; and as supervisor and chief at FBI Headquarters and FBI Academy.

While assigned to the FBI Academy, Burke was also a member of the University of Virginia staff and taught the course, Interviewing and Interrogation through Statement Analysis, to both undergraduate and graduate students.

In 2008, he was appointed unit chief of the FBI’s Law Enforcement Communication Resources Unit. As unit chief, Burke worked in conjunction with the FBI’s Behavioral Sciences Unit and founded the FBI’s Joint Communication Exploitation Research Team. Through his efforts the Team analyzed statements submitted by law enforcement agencies worldwide and has become an invaluable investigative resource. In 2010, Burke received the prestigious FBI Director’s Award from Director Robert Mueller for those efforts.

Burke retired from the FBI in 2011 and currently provides investigative statement analysis services and instruction to law enforcement, intelligence, military, and security clients throughout the world. His work in this area has assisted the successful outcome in many high-profile cases throughout the United States, including the resolution of one of the longest cold-case homicides in U.S. history.

Burke has appeared on television and provided consultation to podcasts. He has published articles on investigative statement analysis in Fire and Arson Investigator Journal, the FBI’s Law Enforcement Bulletin, the U.S. Army’s Military Police Magazine, Private Investigator Magazine, and on the website Police1.com. 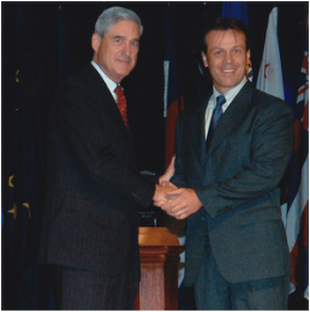